After retiring as Administrator from the Valley Regional Fire Authority (VRFA) just 16 months ago, Eric Robertson has announced his candidacy for the open State Representative position in the 31st District. 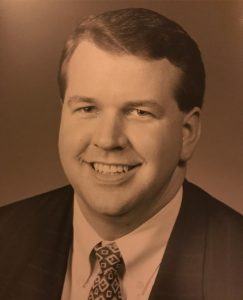 When 31st District Representative and Seattle Police Officer Morgan Irwin, announced he would not seek re-election this fall, Eric knew the district would need an experienced Representative in Olympia. “I felt a ‘call to duty’ to serve the communities who gave so much to me over the years,” said Robertson. “I spoke with local leaders I respect about these difficult times and decisions ahead and asked if my experience as a legislative leader could help, and was encouraged to run.”

Robertson continued, “I want to thank Rep. Irwin for his service, both to the district and to the people he protects every day as a police officer. We owe him a debt of gratitude. I was once in a position similar to his as a State Trooper and Representative for the 31st District. I know the decision to not seek re-election must have been difficult.” 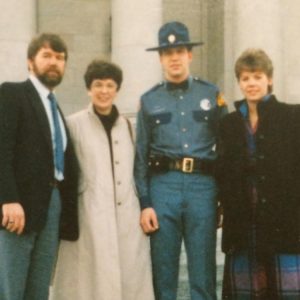 Eric left the legislature in 1998 after two very successful terms, where he fought for lower taxes and increased government accountability. He was considered a rising star, elected Caucus Chair by his colleagues.

Robertson grew up in Buckley and has lived all but four of his 56 years in the District. He served as a State Trooper, a volunteer with Enumclaw based Rescue One, Captain in the Washington State Patrol, was appointed by President George W. Bush as the U.S. Marshal for Western Washington, and ended his public safety career after 12 years at VRFA – 36 years of service in total.

He attended Green River Community College and City University and is a graduate of the Washington State Patrol Academy (1985) and the Federal Bureau of Investigation (FBI) National Academy (1999). 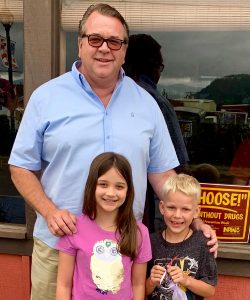 Active in the community, Robertson is a member of the Auburn Noon Lions, where he currently serves on the Board of Directors.  He has served in various leadership positions in Lions, including as President in the 2009–2010 term. His work earned him “Lion of the Year” in 2011 for his volunteerism, where he was awarded Lions Clubs International’s highest honor in 2012 – being named a “Melvin Jones Fellow,” in recognition of his humanitarian efforts in the community.

Robertson has also been a champion for our children, serving five years at Community in Schools Auburn, a drop-out prevention tutoring program supporting the Auburn School District elementary and middle schools, including serving as Chairman of the Board.

Robertson is a longtime member of the Fraternal Order of the Eagles in Buckley, a Life Member of the Foothills Historical Society and volunteers with the Auburn Rotary Scholarship Show, which raises funds for college scholarships to high school seniors.  He was a volunteer coach and team manager in the Sumner Soccer, Mount Rainier Futbol, and Auburn Youth Soccer associations over the past two decades.

Eric is the proud father of five adult children and enjoys spending time with his five grandchildren.

Eric’s worked over nearly four decades and has earned him the support of nearly every elected county councilmember and mayors from the District, as well as many current and former leaders in our communities, Republicans, Independents, and Democrats.  A full list of endorsements, along with a discussion of important issues affecting our communities, as well as ways to contact Robertson, can be found at voteericrobertson.com.