While a State Trooper, Eric was elected to represent the 31st District in 1994. He served on the Transportation, Judiciary, Agriculture & Ecology, and Rules committees and was a champion for government accountability, reform, and lower taxes. 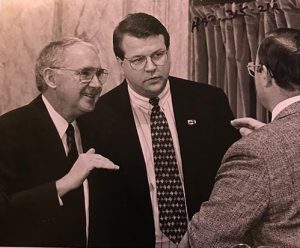 Eric’s leadership abilities earned him the trust of his colleagues, who elected him Majority Caucus Chairman in 1996. He also earned several “Legislator of the Year” awards, from community groups, for his effectiveness and leadership. Eric, who was considered a “rising star” by many, chose to leave the legislature in 1998 to serve the people of Washington full time once again in the State Patrol.

He advanced through the ranks — Detective, Sergeant, Captain, serving in several assignments. He was the commander of the Office of Government & Media relations and Office of Professional Standards. In 1999, Eric graduated from the Federal Bureau of Investigation National Academy 199th Session, in Quantico, Virginia.

In 2002, President George W. Bush appointed him to be the United States Marshal for Western Washington, where he served as the regional director for the U.S. Marshals Service, receiving the Director’s Honorary Award for his leadership in 2006. During his tenure, he was responsible for security at the federal courthouses in downtown Seattle and Tacoma, and the law enforcement teams bringing fugitives from justice and sex offenders to justice. Over 3,000 suspects from 36 states and eight foreign countries were arrested. 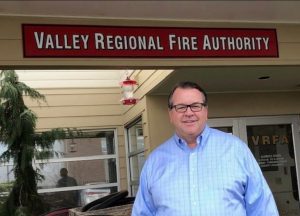 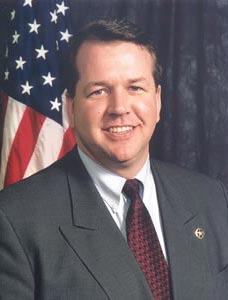 After serving as U.S. Marshal, Eric lead the formation of the first regional fire authority in the state as Administrator. He led the combining and streamlining of three communities fire and emergency medical services into one department — the Valley Regional Fire Authority (VRFA) — to serve Algona, Auburn, and Pacific. He was an active member, and chairman of the Legislative Committee, of the Washington Fire Chiefs Association, promoting statewide public policy for the regionalization of fire services and fire/EMS safety issues.  For his work, he received the Fire Chiefs Association President’s Award in 2018. Eric retired from the VFRA in January 2019.

Throughout his life, Eric served our community – in law enforcement, in the legislature, and in various service organizations. He has been a member of the Auburn Noon Lions Club since 1994, serving as President in 2009, and receiving the Melvin Jones Fellow award in 2012 for his service to the community. He currently serves on its Board of Directors.

Eric has also served as Chairman of Community in Schools Auburn, which has a mission to “surround students with a community of support, empowering them to stay in school and achieve in life.” He’s also a longtime member of Fraternal Order of Eagles in Buckley, a Life Member of the Foothills Historical Society, a volunteer with the Auburn Rotary Scholarship Show, and a former volunteer coach and manager with the Auburn Youth Soccer Association, Rainier Valley Slammers and Mount Rainier Futbol Club.